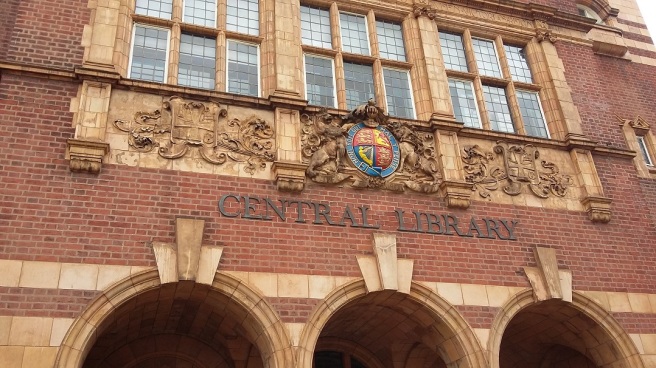 Apparently, Wolverhampton has had a public library since 1869. This attractive red brick building was designed by Henry Hare, chosen through a competition. It opened in 1902. It was built on the site of an old theatre and has a corner location giving it quite a presence. Inside there is a central staircase with two rooms off the ground floor (adult lending and the children’s library) and two off the second floor (reference library and learning centre). 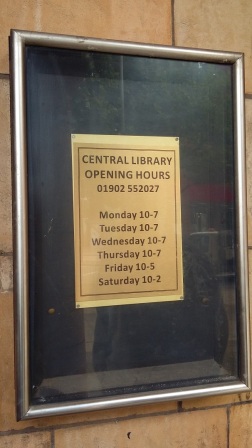 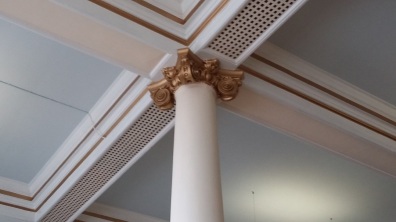 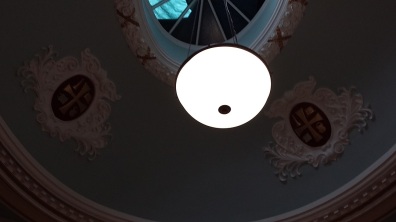 There were wolf statues about town and one in the library entrance called Meditation by Nigel James Kilworth. If we’d had time we would have done the trail and spotted them all. 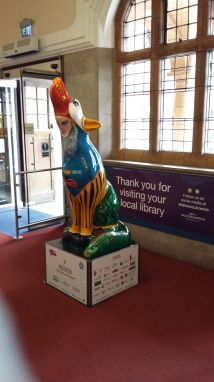 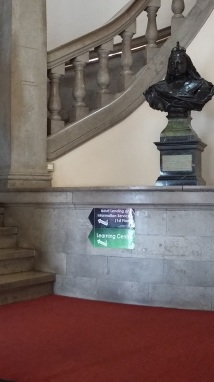 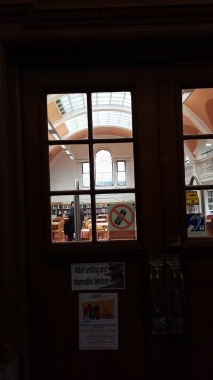 Both the adult and children’s libraries are full of book stock which I like to see. 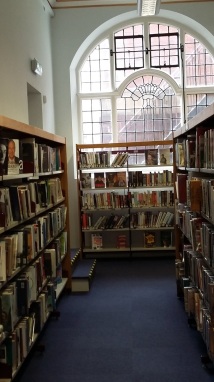 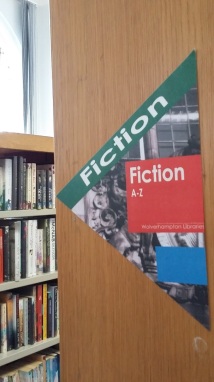 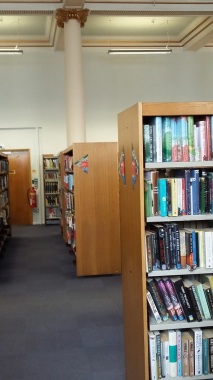 The children’s library was nice and had some tablets attached to a frogpod where we saw a small child playing. That little girl had to be dragged away by her mother when it was time to read. My 11 year old then had a go – happily ignoring the signs that said they were for under 5s. At the back of the children’s library there was a bank of PCs for older children. 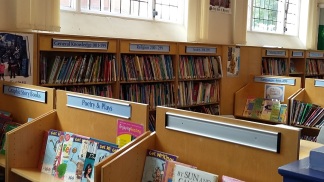 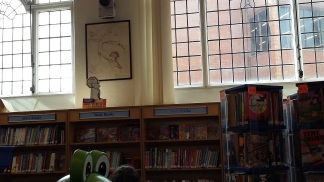 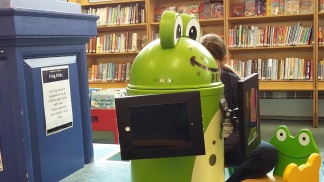 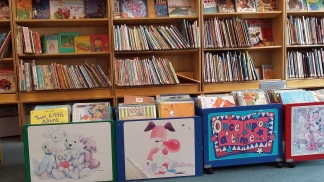 I love this poster promoting the CILIP Carnegie and Kate Greenaway medals. I saw it in two libraries that day. I follow the Carnegie award and buy up all the shortlisted books for my eldest to read. It’s wonderful to be able to buy a whole batch of books that you know are good quality – they have librarians’ seal of approval. I love seeing it promoted. 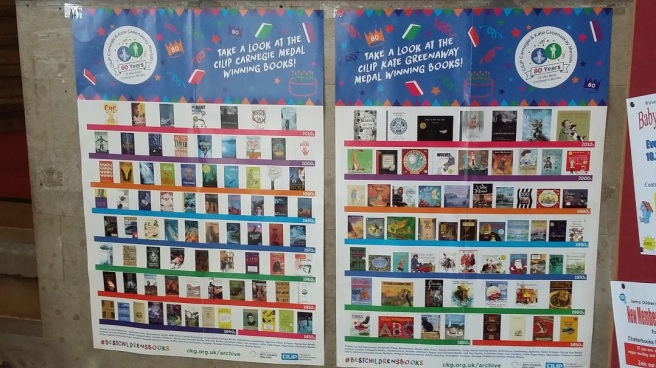