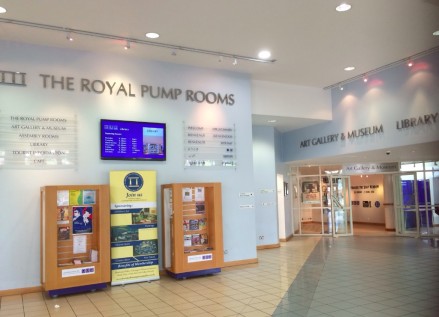 Leamington Spa library is not a central library.

Warwickshire organises their libraries into divisions and Leamington Spa is the division library for the Central Division. More importantly, I have family there so it was easy for me to go and visit!

The library is based in the Royal Pump Rooms which was refurbished between 1997 and 1999 to include a library, visitor centre, gallery, museum, café and function rooms. I am told that the library area used to be one of the swimming pools (not part of the original 1814 building) and that is why it is high and has a mezzanine floor. 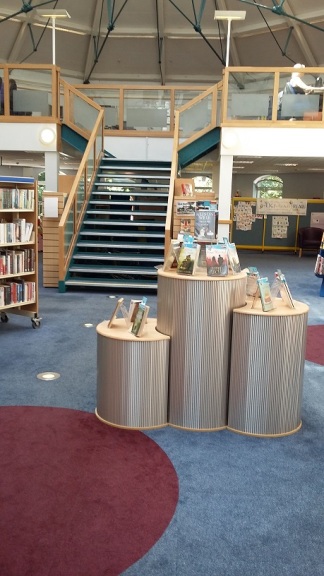 I visited on a July Saturday. The library felt very clean and yet well-used, airy, welcoming and inviting. Plenty of readers were using the facilities and I could see several members of staff.

The Royal Pump Room Gardens are just outside  providing more calming ambiance than the busy road outside.

Bizarrely the Pump Rooms were featured in the Mick Jagger video for Sweet Thing before they were refurbished in the 1990s. I presume this is it: