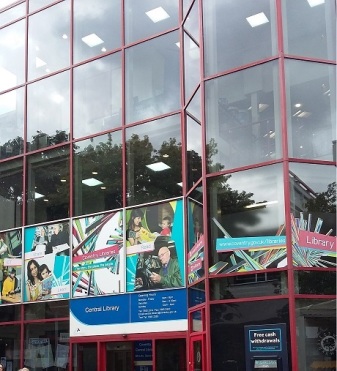 I was really thrilled to discover that The Big Read had organised bookbenches in the Birmingham area. I loved the original Books About Town project in 2014 which was a collaboration between Wild in Art and the National Literacy Trust. So any development on this idea I am all in favour of. If I’d known there were over 150 benches in the area I would have taken the time to follow one of the trails. But I was overjoyed to see some benches illustrated by local schools in Coventry and Solihull libraries. 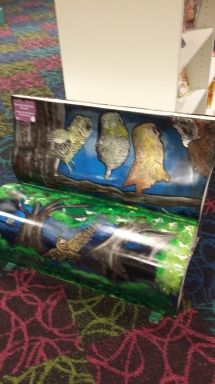 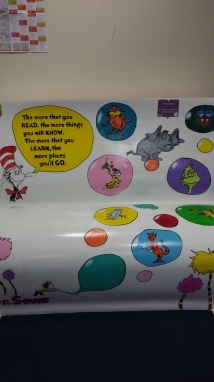 Coventry Central Library is off the shopping district but we hadn’t seen any signs for the Library on the way in which I always feel is a bad omen. It means that it hasn’t occurred to the council that people might want to know where the library is!

You enter on the ground floor where there are public loos and a lift or stairs. Once up to the first floor we were pleasantly surprised. The décor was welcoming and it felt quite modern. Largely an open area with a mezzanine there was a giant chess set in the middle which my family immediately started playing. I don’t know if this is a permanent feature or if it is just there for the school summer holidays or maybe different features go in this area but we loved it. 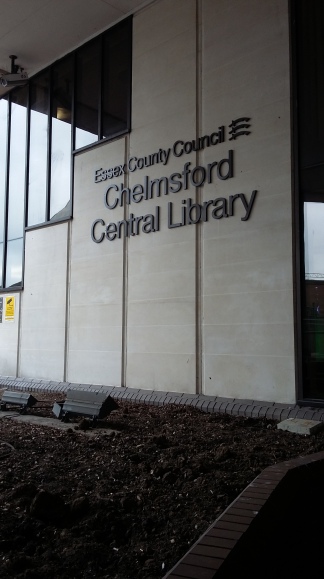 As we approached the Library from the road at the side we could see in through the windows. The Library is slightly underground, almost like a basement but still light and welcoming. As we could see in it made it very inviting. It was incredibly cold outside so when we entered through the sliding doors the warmth was much appreciated.

I really liked the fact that jigsaws and board games like Chess and Connect Four were left on the tables. It sent the message that you can stay a while and be comfortable and that the library is a place to socialise and enjoy yourself.

The children’s area was vast and well stocked. My daughter reliably informs me that the book cases had arches that you could climb under to read your books. There was an empty area at the back which I presume is used for events and storytime which currently had a disco ball in so various children were playing there and calling it the disco area. There was a display on Shakespeare (as it was a week before his 400th birthday). There was a separate young adults section over the other side of the library.

I was very impressed with the two displays of leaflets headed TLC Talk to me, Listen to me, Cuddle me! They recommend titles on particular issues, such as healthy living for children, autism, what to do when someone is in prison: 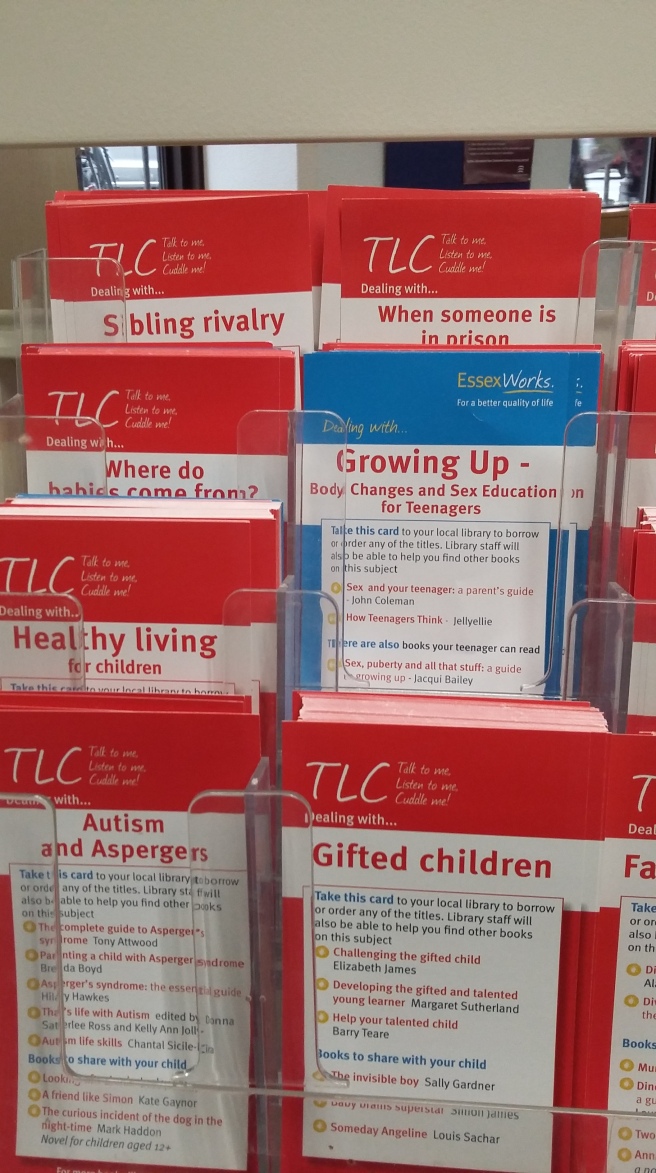 I saw several members of staff very patiently and expertly training members on the use of IT and the library catalogue. There was also a poster about the library’s Code Club for children to learn computer coding which I am all in favour off.

I particularly liked the big audio books section and the eye-catching book displays.

Another well stocked and spacious library, although not as vast as some of the others I have visited recently. There was plenty of seating (a choice of sofas or desks and chairs), self-issue machines, a couple of photocopiers. Clear signage and helpful staff. No loos in the building but some new public loos just up the street.