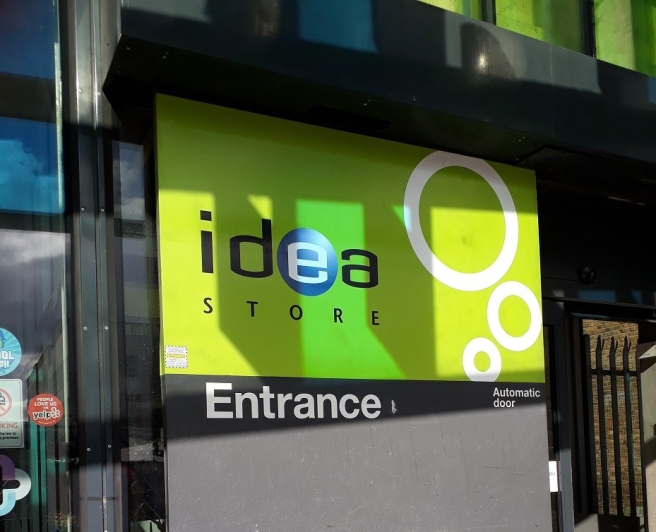 The Tower Hamlets website advertises it as “the borough’s flagship library, learning and information service.” It was designed by Sir David Adjaye, opened in 2005 and shortlisted for the RIBA award in 2006. 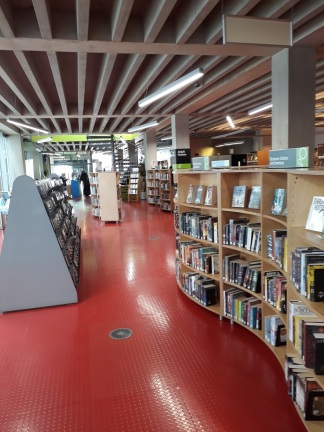 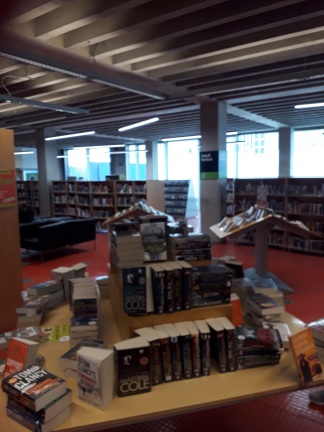 It was a large square, blue and green glass, box like building but inside the light was nice and the spaces were welcoming. Although there’s a concrete ceiling and concrete pillars the hard-wearing red floor added colour and the wooden bookcases warmth.  The building is on five floors which are very accessible with wide spaces, a lift and toilets on every floor. Readers are encouraged the use the stairs and burn 4 calories per floor. 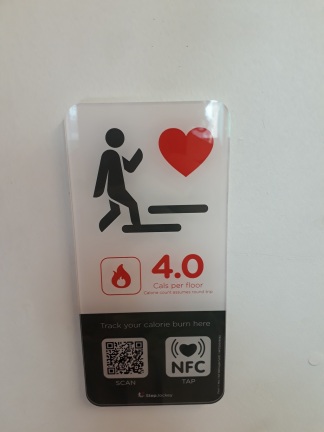 It was packed with people studying on a February half-term weekday. Many people making use of the Learning Labs on each floor. 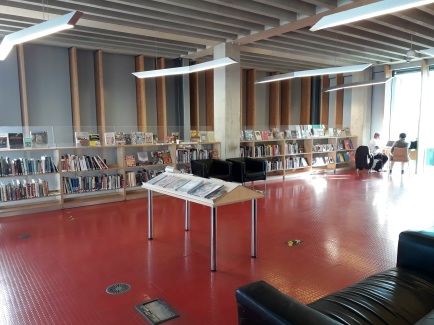 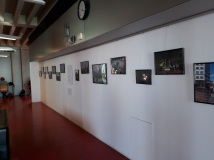 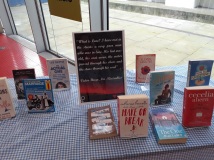 I was impressed that there were water coolers on every floor – part of the campaign to allow people to reuse bottles rather than having to keep buying more plastic. I liked the books display such as this valentines one in the picture above.

We stopped and had a snack in the cafe – which has impressive London views, the TV was on Sky News, there were sofas or tables and chairs. There was also a gallery space along one of the walls. 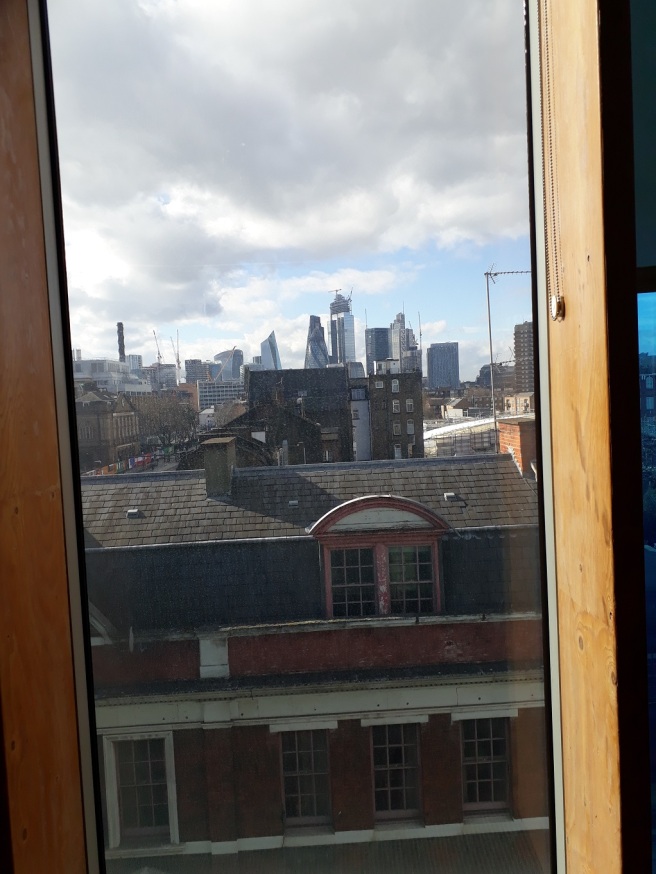 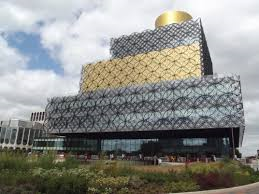 I was captivated by the new Birmingham Central Library building when I saw a BBC article about it being shortlisted for the RIBA awards in 2014. When I realised I would have some spare time in the Midlands during a weekend break for a family wedding I jumped on a train (with my mother in tow). Birmingham’s investment in their central library reminded me of the opening of the Croydon Clocktower but this was also an amazing architectural statement. The building was so interesting I couldn’t resist visiting it.

I visited on a Sunday morning just before reduced opening hours were going to be implemented due to council budget cuts, so I was amazed at how busy it was. Almost every seat was inhabited by students and readers. There was a variety of seating and working areas and bookable study carrels. Wide open areas made the inside feel calm and accessible. It included all the usual areas plus: café, shop, exhibition space and story telling area. Every subject area was catered for with children’s and a music library in the basement. The funky blue lit escalators made it feel sci-fi.  Being able to walk onto the roof terrace was a surprising treat.

But I don’t need to describe it as there is an excellent drone fly-through video produced by film maker Didier Soulier:

Needless to say I was so impressed with the place that the postcards I got now proudly live on my fridge: 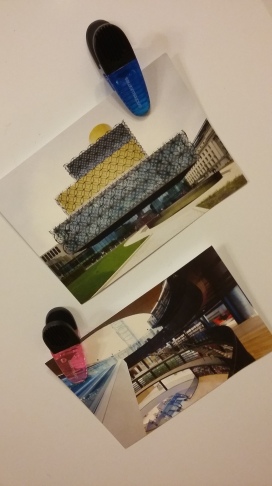