This library was really nice which was an unexpected surprise. We arrived early – about 9:40, on a Saturday and wandered around the ground floor – it took me a while to realise that the rest of the library (on the floors above) was opening later at 10am.

This building is called a cultural hub with a performance space, museum, register office and much more. The Curve is next door to the local shopping centre so it is easy to pop in when you’re going to the shops. On the other side of the building is a very attractive church so the building was designed to make the best of the view and has glass on that side. This let in a lot of light and as the building is largely furnished with white it had a heavenly feel. There was even a little reading patio on the church side of the Curve.

The ground floor had a cafe, although not open yet that day, some computer terminals, a help point and some displays of books, but once we got upstairs the ‘real’ library started. 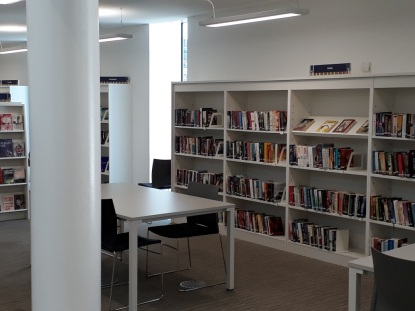 What really excited me though was the children’s library – one of the biggest and best I have seen so far. I presume Lego helped with financial support as they have an office based in Slough and that is why it was Lego themed. There were large Lego models everywhere, Lego character stickers on the windows and a Lego portrait on the wall that looked like a tapestry and was tactile rather than hidden behind glass. There was a craft area with tables and a sink and worktops to make it easier to run craft sessions. 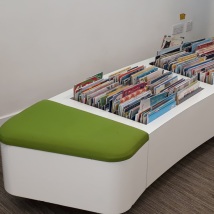 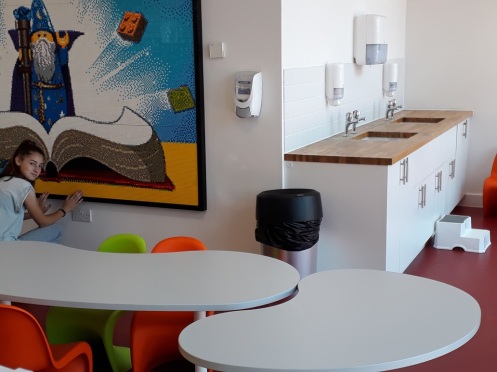 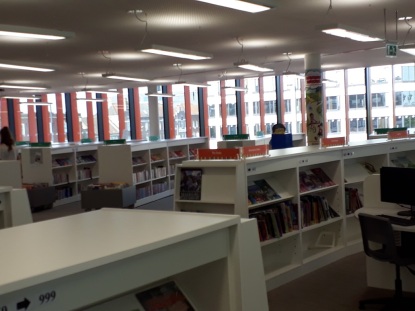 The other feature that really impressed me with this library was the museum pods. Dotted around the building there were at least 7, maybe 10, small square pods that were themed on different topics. You could step inside and read boards about Slough in Victorian times, or go inside another one and find it decked out like a kitchen in the inter-war period. The structures added colour and interest amongst the white and grey calm of the rest of the building. 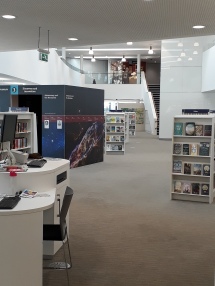 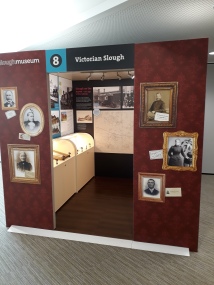