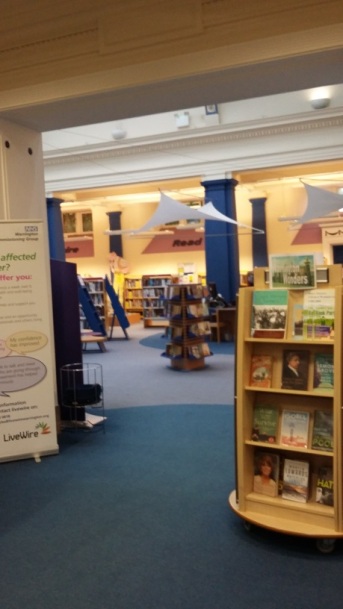 I arrived just after opening on a rainy Saturday morning – but already several people had got in before me. The entrance has statues either side which I found quite grand. 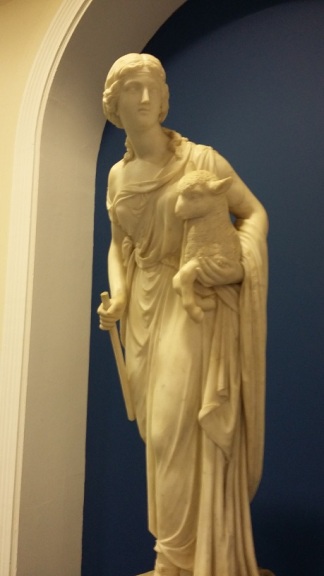 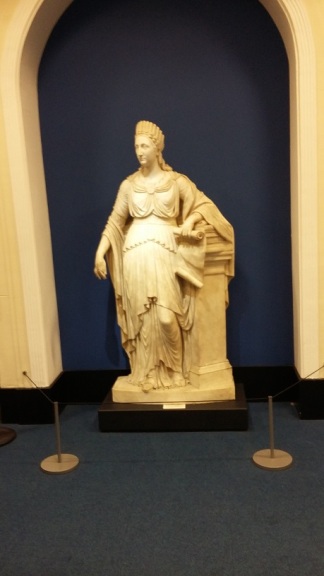 The library is in an old building which they have attempted to jazz up. The sails suspended from the ceiling attracted my attention. I don’t know if they are just there for aesthetic value or if they serve to dampen noise, shield the sun or partition areas – either way I like them. The library has a big main area and then some rooms off it such as local studies and some reference material.

This the first library crime scene rug I had seen but I think these are quite popular. 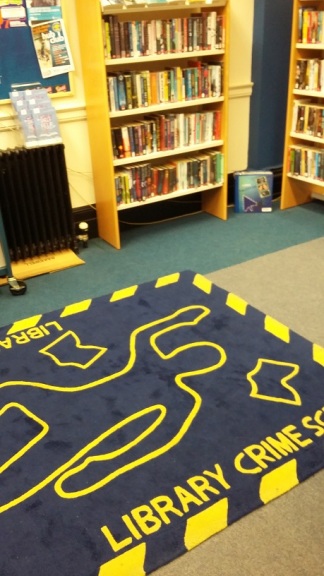 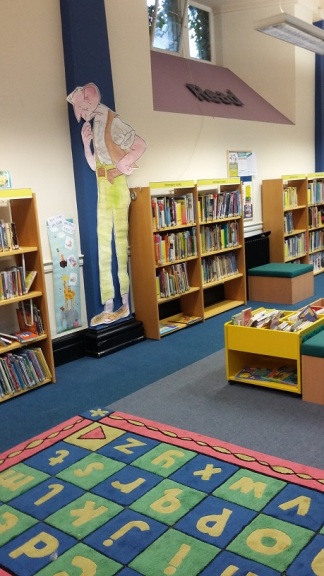 The children’s library was a corner of the main room dressed and ready for the summer reading scheme.

According to the Borough Council’s webiste, Warrington had the first public library in the country, opening in 1848, supporting the town’s museum.