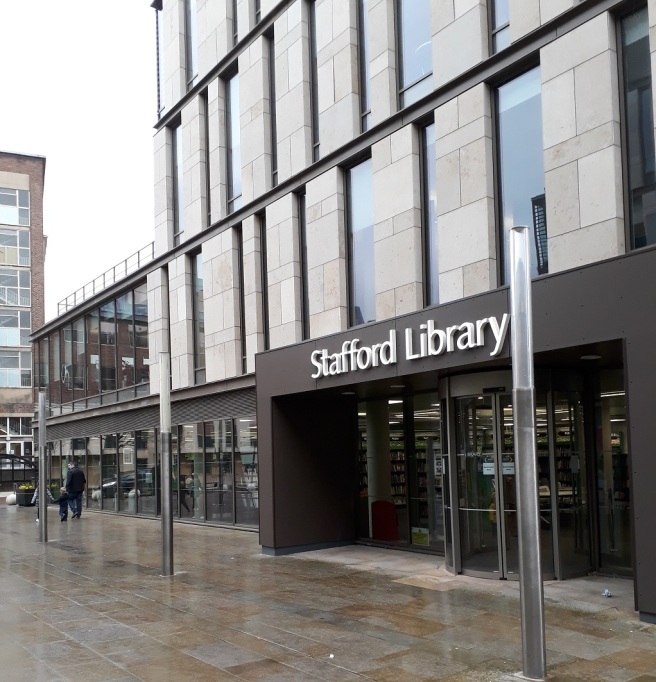 Staffordshire County Council don’t designate a central library so I visited the county town’s library. The current Stafford Library was opened in 2015. The previous library had been based in the centre of town at the Shire Hall and there had been an even older Carnegie library in use before that. There was some disappointment that the new library was not centrally located (see the BBC article on the subject). However, it was argued that this library was more fit for modern requirements, with emphasis on the new Innovation Suite, coding club and 3D printer.

The library still feels brand new and clean. The overwhelming décor is grey, green and glass. I have seen this signage, furniture and layout before in Rotherham library although there the colour pallet was grey and purple. 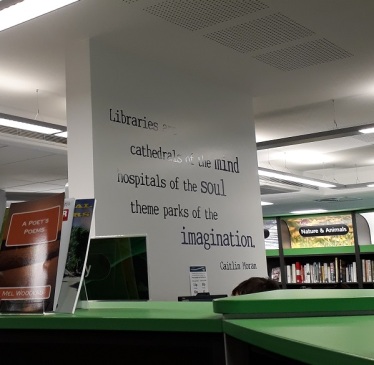 I liked the quotes on the walls but was surprised at how many TV screens there were. I think one had the news on with the sound up and another had local adverts. There were also several freestanding digital signs. There was a quite a lot of hussle and bustle and the man on the PCs giving his entire personal details during a mobile phone call was amusing (and trusting). 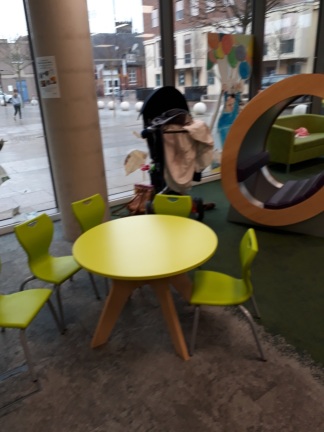 The children’s area was a corner of the large space. There was a reading hideway and a pond themed raised reading area that was really imaginative.