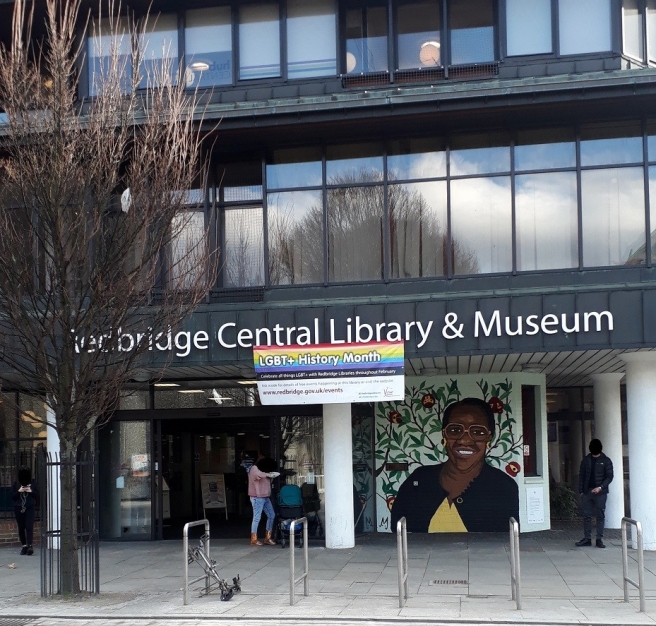 It was nice on entry to be greeted with these children’s model making exhibits (below). And draped over the balcony above were banners made locally to mark the marches for women’s suffrage that took place over 100 years ago.

The library was built in 1986 and refurbished inside in 2012. It still looks in good nick with modern signs and bookcases and clean carpets. The library is on three floors with a central atrium. The children’s library was off to the side and too busy with kids for me to be able to take a photo. In 2013-14 Redbridge Central Library was the 14th busiest in England.

As the library shares the building with the museum they have placed some exhibits in amongst the bookshelves which is a nice touch.

There is also a Hub Central – a popular space for business start-ups, where you can use your library card to enable the use of a tablet – not seen a hublet unit before. 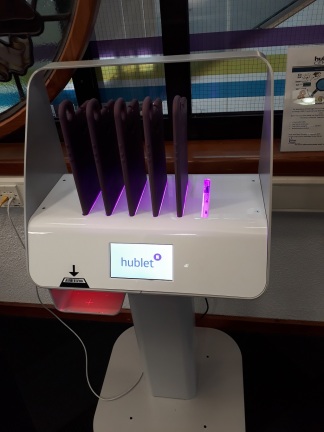 On-site there was also the Hardback cafe (where I presume the Hardbacks book group meets) and I saw a knitting group in action. There were few seats available as it was so busy and people were making good use of the quiet study area. There were plenty of staff about – they wore uniforms of black T-shirts and fleeces so they were easily identifiable.